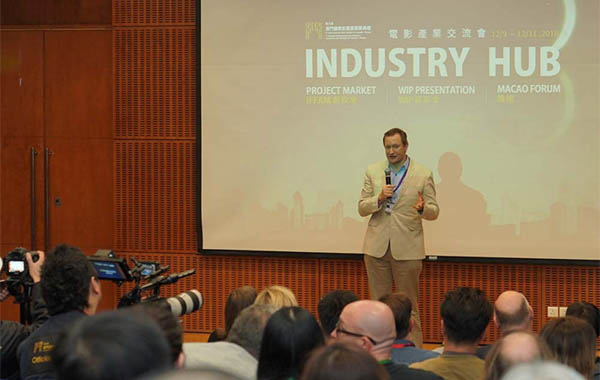 Reached to its fourth edition, the International Film Festival of Macao (IFFAMACAO) is aimed to raise awareness and develop an audience for cinema from Chinese and Asian industries and the rest of the world, promoting the films as both artform and entertainment.

International guests and industry will meet the Chinese and Asian industries and explore the best of new films from Asia. The Industry Hub not only serves as the industry platform of the festival but strives to provide a space for film professionals all over the world to meet in a casual, efficient and dynamic environment, where both new and existing business relationships flourish.

The Industry Hub hosts networking events throughout the Industry Hub dates at the Macao Cultural Centre. There the participants arrive with appointments already scheduled thanks to b.square that allows arranging meetings before the event and creates the best possible timetable for every user. After the success of the last year, b.square is confirmed as the official matchmaking platform of IFFAMACAO 2019, the best one-to-one meeting platform for Film Festivals.